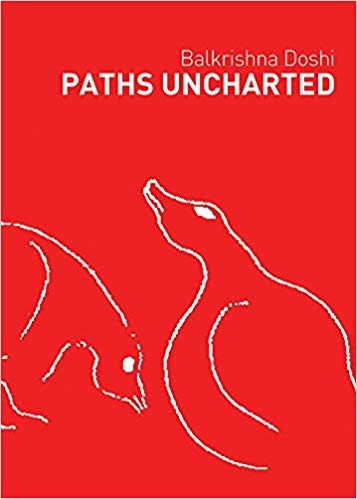 Recounts the extraordinary life and achievements of the architect BV Doshi from lifelong notes and diaries kept by him -Features several of his own drawings Dr Balkrishna Doshi is foremost among the modern Indian architects. An urban planner and educator for the past seventy years, Dr Doshi is a Fellow of the Royal Institute of British Architects and a Fellow of the Indian Institute of Architects. After initial studies at the JJ School of Architecture, Bombay, Doshi worked for four years with Le Corbusier in Paris as Senior Designer (1951-54) and four years in India to supervise his projects in Ahmedabad. Doshi's office Vastu-Shilpa (Environmental Design) was established in 1955. Doshi has to his credit outstanding projects ranging from dozens of townships and several educational campuses, including those for CEPT University, Ahmedabad, NIFT, New Delhi, and IIM Bangalore. Apart from his international fame as an architect, Doshi is equally known as an educator and institution builder. He has been the first Founder-Director of School of Architecture (1962-72) and School of Planning (1972-79), Ahmedabad, which are regarded as the pioneer and fountainhead of modern architectural and planning education in India. His distinguished professional career is more than matched by his academic achievements, and Doshi has held important chairs at American universities. In recognition of his distinguished contribution as a professional and as an academician, Dr Doshi has received several international and national awards and honors and himself has been on the jury for several international and national competitions. This autobiography captures Doshi's career from his childhood to his studies in Bombay and London, his work at Atelier Le Corbusier in Paris and collaboration with Louis I Kahn for IIM Ahmedabad. It recounts his meetings with the most remarkable people in his own and allied fields, and his equally remarkable patrons, who include the likes of Dr Vikram Sarabhai, Sheth Kasturbhai Lalbhai, and the story of his own family. Doshi's life - from the time he was born into a modest family in the by-lanes of Pune, and his struggles and tenacity to excel in his chosen fields - is a fascinating and inspiring story. Put together, for the first time, from the lifelong diaries and notes maintained by him, Paths Uncharted is a personal recounting of this remarkable journey unfolding over more than eighty years and across all the continents. In 2018, Doshi was selected as the Pritzker Architecture Prize Laureate, internationally known as architecture's highest honor. The Jury Citation states, in part, that Doshi 'constantly demonstrates that all good architecture and urban planning must not only unite purpose and structure but must go beyond the functional to connect with the human spirit through poetic and philosophical underpinnings.' With the continued interest worldwide in his work, this volume brings to the reader invaluable insights into the course of Doshi's illustrious life, the paths it has taken over the years, the experience and the learnings.